It seems some time ago now but just before Christmas, I was encouraged to read a piece by a personal finance expert from a national newspaper who wrote that she had been “deluged” by readers praising our “easy to use” ways for people to make civil money claims online.

Since it launched in March last year, more than 51,000 claims have been made using our new Civil Money Claims Online service for amounts under £10,000, with nine out of 10 users saying they are satisfied or very satisfied with the service.

This is good news for those who seek easier and more efficient access to justice (as well as for those working to try to make that happen through reform). But it also serves as a good reminder of the importance in listening to feedback while pursuing an ambitious target.

The vision of the “online court” has been around for a number of years and was championed by the pioneering work of Lord Justice Briggs in his review of civil justice, published in the summer of 2016.  The issue was also reflected in the joint statement by the Lord Chancellor, Lord Chief Justice and Senior President of the Tribunals setting out the basis of the Reform Programme later that year.

This clear vision set out by the judiciary and government of a digital system that will handle cases “faster and in a more convenient way, improving the experience for everyone” is as relevant and vital today as it was then.

Yet, inevitably, turning this into a reality has required not only hard work and creativity but also significant amendment and adaptation over the course of the last three years and will continue to do so over the remainder of the reform programme.

Listening to, engaging with and involving a wide variety of people and interests has been essential and will continue to be so over the next period of reform (and here's how we are engaging with our many professional and public user stakeholders). But as we do this, there is a challenge that comes in assessing when sceptical voices are simply expressing the usual doubt that accompanies almost any change; and when they are giving an important course-correction. 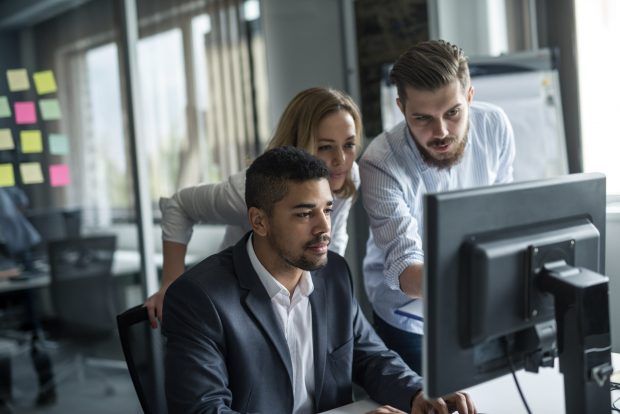 The International Forum on Online Courts, held in December, delivered some surprisingly consistent lessons from across the world on this point – including, in particular, the importance of using digital and other opportunities to really re-think how we work, rather than simply replicating our existing systems in digital form.

This doesn’t mean blindly sticking to whatever was first thought of, though. Good plans evolve, and are based on listening. But it does mean assessing critiques, challenges and suggestions against the central principle that justice should and can be made both more accessible and more efficient. It also means checking constantly for the ‘status quo bias’ that makes us accept failures and drawbacks in the current way of doing things that we would ruthlessly castigate in any new proposal.

So how do we work out when to stick, and when to twist?

Often the answer has been in using the insight of professionals and partners to develop pilots that are then carefully tested on members of the public. This feedback allows us to base our systems on what actually works for users before rolling it out more widely, as opposed to basing it merely on what we (or others) think users want.

Shannon Salter, whose Civil Resolution Tribunal in Canada has blazed a trail for different ways of working, has spoken powerfully about this. We also have a growing number of real users, offered a new way of doing things, adapting more quickly, enthusiastically and competently than we might have predicted.

For me, this raises the question about whether our traditional assumptions about user capabilities have been shaped by the historic complexity of the justice system that has had the effect of disempowering and de-skilling those who use it.

We’ve also seen other changes in early assumptions – for example, judicial support for more mediation (moving towards ‘opt out’ rather than ‘opt in’ for smaller claims) has meant that we expect to see fewer cases suitable for video-hearings than first thought (because the simpler ones are more likely to settle through mediation, rather than come to a hearing of any kind).

We need to keep on testing, learning and refining rapidly, as well as investing in more detailed, thorough and longer-term evaluation – and our plans for the latter are set out in our response to the Public Accounts Committee published a few weeks ago.

And we know that we need to continue to welcome – indeed, to invite – challenge, questioning and exploration – because what we are doing has high stakes, and matters – which is why I welcome the announcement of a parliamentary inquiry into Court Reform by the Justice Select Committee too.

Taken together, all of this means that I am unapologetic when aspects of what we are doing change from early proposals and prototypes. I am certain that there will – and should - be further changes in the future. Professional and many other views will continue to shape what we do.

And always, the  most valued opinions must continue to be those of the public using the courts who enable us to check and correct our course without losing sight of our destination -   a court and tribunals service that works better for all those who need and use it.